“Sometimes great gifts come to us. Regardless of the form they arrive in, serendipity is involved and the source is unpredictable. The timing, however, is always right. In fact, it’s the timing that’s essential when it comes to receiving something that has the power to clarify, distill or, beneficently, disturb our lives.” — Deborah Madison, introduction to The Supper of the Lamb

I have just had an extraordinary week. A week that fell into my lap laden with gifts. It was a week of meeting remarkable people– some lauded by the wider world for their talents and accomplishments, and some not. Some live lives furious and scattered, living all around, both geographically and intellectually. Many, like me, move back and forth from city to country. I loved each of them.

After such an awe-filled week, it’s impossible for me not to look back over my shoulder and wonder exactly what conditions aligned to make it so. In this case there are a few immediate answers: good food in great quantities, beautiful scenery, quiet and space. My days were filled with an easy rhythm of cooking, reading, writing, walking, swimming and conversation. I slept deeply each night after long, leisurely reading sessions.  But why this particular place, with these particularly people (all of whom I have just recently met) and why exactly now– in this particular hot, clear week of summer? Those answers elude me. As well they should. Because timing isn’t formulaic. If it were, we would surely ruin it with all our fretting and planning, measurements and analyses. Or at least I would.

So what, you may wonder, was this week all about? Rewind. Let’s go back to the end of May. That goat roast I wrote about recently? Molly O’Neill– a tremendously important and well-known food writer, journalist and oral historian– was a guest of ours there. Along with a videographer. Just a week before the soiree was to commence, I received an email from Molly saying she had heard about the party from our “mutual friend”, Kathy, a certain radio producer whom I met exactly once at the IACP conference back in April. Kathy and I talked for no more than five minutes, but I liked her immediately. She had a cackling laugh, wore fabulous boots to go with her wild hair, and she loves cooking, stories and radio. So I invited her to the goat roast.

She passed along the news to Molly. Molly ended up coming, Kathy didn’t make it. Molly came, primarily, to film and interview Trouble as he prepared the goat in the tradition of his native Oaxaca. Molly spent much of the day with Trouble, but she and I connected over a love of oral history and interviewing in the field, over our dogs and over green smoothies. Go figure.

A week or so after the party, I got a call from Molly. She had been planning a small retreat for memoirists and cookbook writers needing help finishing their books, and she suddenly had two openings. She wanted to know if I knew anyone who might be interested, and also if I knew someone who might be able to assist her with the cooking in exchange for attending some of the workshops. With no one immediately coming to mind, I forwarded the email along to my agent, and forgot about it.

A week or so later (two weeks ago today) I missed a call. The person on the line left a message. It was Molly. She wanted to know if I  was interested in attending the retreat. I emailed her back– “money is tight right now, I’m about to be traveling for three weeks in Brazil to work on my cookbook”, and I didn’t think I could afford it. But I thanked her for thinking of me. “Then let’s do it as an internship– no charge for you!” she wrote back promptly. “You can help me cook, shop and menu plan, and in exchange you’ll take part in the afternoon workshops and have a couple one-on-one sessions with me.” 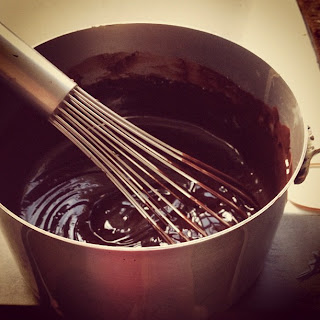 I couldn’t say no. I wasn’t even sure I wanted to, but I was immediately nervous. I’m not a tremendous cook. I think of myself as able, indeed, but I cook mostly for myself, sometimes for close friends. I make a lot of grains, greens and eggs. I don’t cook much meat. I make a mean pie, but that’s about as far as my kitchen confidence extends. Still, I agreed to show up in a week with a car loaded down with rations for the week. And to run the kitchen.

On Monday afternoon, I pulled into a tiny hamlet near Albany, New York. Row houses were clustered together on the short strip of Main Street. Mountains climbed up to the right, and I could hear the rush of a creek ricocheting off lush greenery and tumbling stones. I met Molly at her house in town, and then she drove me up to the “manor house” where the other writers and I would be staying (and eating). 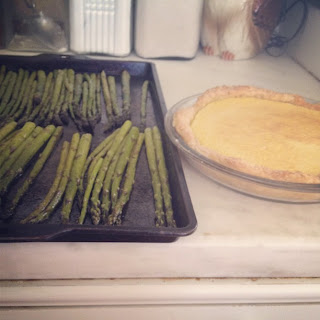 The place was strangely familiar to me. It looked like my grandparents’ (on my mother’s side) house. Sprawling and white, the house was built around an enormous bright kitchen with an extra fridge and chest freezer in the basement. Bedrooms and bathrooms moved away from narrow staircases like wings on the second floor. There was a faint smell of dust, mothballs, and old cotton. The kitchen curtains were the same as my grandparents’. The antique iron used as a doorstop was the same. The dented tin measuring cups I found in the kitchen drawers were the same. I felt immediately at home.

The funny thing is, when you feel at home– because of the people, the place, the smells whose familiarity creep up on you unexpectedly– you act as if you’re at home. I settled right in. Over the course of a short week, I swam and ran and met a slew of new (and fascinating) people. I played with bearded collies and walked barefoot and swam on the summer solstice. I walked in the woods and visited farms and got a tick bite. But the real meat of the week, for me, was the dual work of my hands and my mind– the result of meditations on food and memory. Cooking and writing. 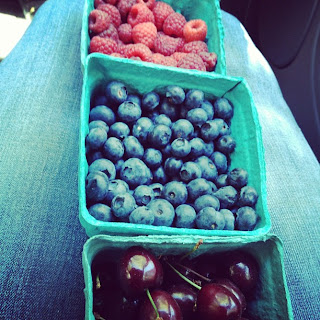 I greeted each morning on the back porch with coffee, a bowl of fresh berries and a good book. I read. Then I wrote.

I made countless salads and a couple of savory tarts. I went through dozens of eggs and hulled quart after quart of strawberries. I baked five whole fish in kosher salt for a dinner party and fried the first tender zucchini of the season in olive oil, then sprinkled them generously with fresh mint, parsley, new garlic and red wine vinegar. I roasted an awful lot of asparagus and my first chickens, and made an exquisitely good (and hopefully replicable) cold chicken salad the day after. I rolled crust and sliced rhubarb, zested lemons and scraped vanilla beans, and made pie after pie after pie, each better than the last. Like I said, I was really settling in. 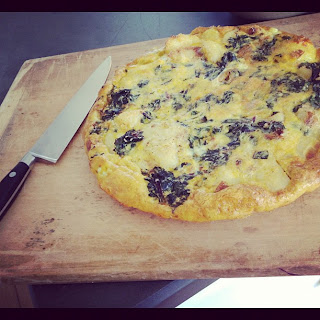 The food was simple and good, though some meals trumped others (in a week of contiguous cooking, that’s wont to happen). But what surprised me more was the writing– good writing– that seemed to emerge from me from someplace beneath the bustle of the kitchen.

Stories came pouring out of me, each memory pulling back the curtain on another that had been hiding in a dark corner somewhere. New insights came swimming in, shedding light on moments of the past that had been bouncing around, unruly and squirrely, tough to pin down on the page with any real sense or context. It was some of the most productive and joyous (if at times painful) writing time I’ve had in memory.

For me, cooking, more than anything else, renders tangles of thought manageable. As Jane Kramer wrote in her delightful essay, “The Reporter’s Stove”, “My stove is where my head clears, my impressions settle, my reporter’s life gets folded into my life, and whatever I’ve just learned, or think I’ve learned– whatever it was, out there in the world, that seemed so different and surprising– bubbles away in the very small pot of what I think I know and, if I’m lucky, produces something like perspective.” This past week, I wasn’t out reporting, but rather looking inward. Sometimes, our own lives can be the most difficult ones to take stock of. After all, we only have one vantage point from which to examine them. We can’t step back from ourselves (though we can, and I would argue should, attempt to play with our perspective from time to time), given the reality that, at the very moment we may be trying to make sense of water already under the bridge, we are, too, always moving. We’re slippery things to ourselves. 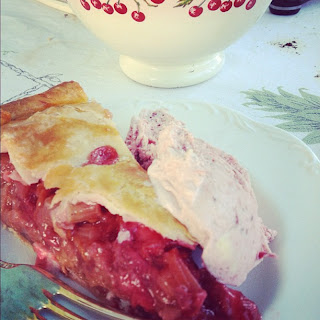 But, you see, none of that would have emerged if it hadn’t been for the serendipity of the Molly’s and my meeting, the good timing (I happened to have a week free before a busy, busy summer), and the beautiful light. I happened to feel at ease in that kitchen, with those tools and ingredients, with the other guests. The sun shone all week. Any of those variables altered could have changed the tone of the week, sent things awry. But none did.

So I suppose I’m writing merely to muse on the gift of time offered, and chances taken. And on joy– on the ways it creeps up on us, and how the people who deeply touch us can swoop out of what seems like nowhere and become a part of the burbling streams of our lives.

So, in gratitude then, for the inexplicable gifts in our lives. And the opportunities sometimes afforded us by perfect timing.